We here at Automotive Talent are massive sports fans, and passionate about AFL in particular. I am currently reading the new release autobiography by Leigh “Lethal” Matthews titled “Accept the Challenge”. For those that aren’t aware of Leigh, he was the coach of the Brisbane Lions from the late 90’s through a ten year period. Under his leadership would see them turn from the joke of the AFL competition to arguably the greatest team of the modern era, including winning three premierships in a row (including beating Collingwood, the team I support, twice!). This is an achievement that most likely due to rule and draft changes will never be repeated!

Last night, I read a passage that resonated with me on when Leigh took over at the Lions on him setting the expectations in regards to ‘group culture’. Culture is a ‘buzzword’ that is utilised everyday in business and this passage is a great example of the foundations that need to be laid to drive a winning team. 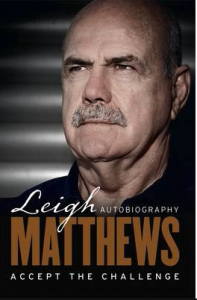 My starting point was not so much about playing footy but establishing what we now call ‘group culture’. Actually I hate that buzzword – lately it’s become football’s version of secret men’s business. It isn’t that secretive or complicated. Culture is simply the group’s dos and don’ts. It has been accurately described as what you do when no-one is there to tell you what to do. Truth be known, every club aspires to a very similar group culture.

The statements of specifics and intent are the easy part. The big difference is the quality of the team’s leadership and personnel. Culture changes as people come and go. Based on my past experiences and early knowledge of the Lions’ situation at the time, I went to Brisbane with a few overriding principles in my mind to build a strong culture base from which to develop an elite football team.

ACTIONS TO LIVE BY

These are all only words, but I believed that if all our endeavours supported these few simple aims we’d have a good framework on which to build healthy team harmony.